OAKLAND, California — An East Bay man saw that few women or people of color are getting jobs in one of technology’s fastest-growing sectors. So he decided to do something about it.

Shaun Tai has taught thousands of students in dozens of schools that their creativity can change the world.

“I was thinking how do I take all of my passion and energy and help the community?” he said.

How he started begins with his mother, and the small business she ran for 40 years.

“Growing up, my mom’s a single mother, an immigrant. I spent most of my college time helping her at my family’s furniture store in downtown Oakland,” Tai said.

In the late 1990s, well before it became popular, the Oakland native created a website to market her designs online.

“And I thought, ‘What if we could take students who lack experience and help folks like my mom?” Tai said.

Tai co-founded BRIDGEGOOD in 2009. He and his team teach young adults how to code what a person sees and experiences while using technology.

The Oakland-based nonprofit offers a free, three-month apprenticeship, mentorships with professionals, and connections to jobs – real-world skills to design for social good.

“They can use those to build products that actually benefit people,” said Tai.

Some products have come out of Tai’s design challenge, “Inspire Oakland.” A creation by Dominic Taylor showcasing city sights got onto a billboard and led to other big jobs.

Now, Taylor’s art for the Oakland A’s encourages literacy. His design for the 49ers highlights its history.

“It showed me the sky’s the limit, and I can keep doing this and inspire my kids,” said Taylor.

The 31-year-old says Tai opened up opportunities he never imagined.

“He’s like a mentor, first and foremost, someone who made me believe more in myself,” said Taylor.

“It gives you hope because it reassures you you can build your own future,” Spiegel said.

Her future looks promising. Of BRIDGEGOOD’s 800-plus graduates, Tai says more than 90% have landed jobs within a year. And that makes him proud.

“And it’s not about Shaun, but about, ‘Did you improve the community around you?’ ‘Did you help when they needed a helping hand?’ And that’s what I want my legacy to be,” Tai said.

Major funders like Google.org, Adobe, Twitter, Craigslist founder Craig Newmark, and MC Hammer are along for the ride.

So for providing under-represented young people with BRIDGEGOOD’s free training and mentorship in design technology, this week’s Jefferson Award in the Bay Area goes to Shaun Tai. 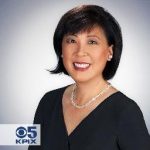 Sharon Chin is a general assignment reporter who also profiles Jefferson Award winners for KPIX 5 Eyewitness News. Since she joined KPIX 5 in 1997, Chin has reported everything from fires to features, from politics to perspective pieces, but she feels a special sense of pride bringing viewers the stories of Jefferson Award winners. She herself feels inspired as she shares the stories of our community’s heroes.